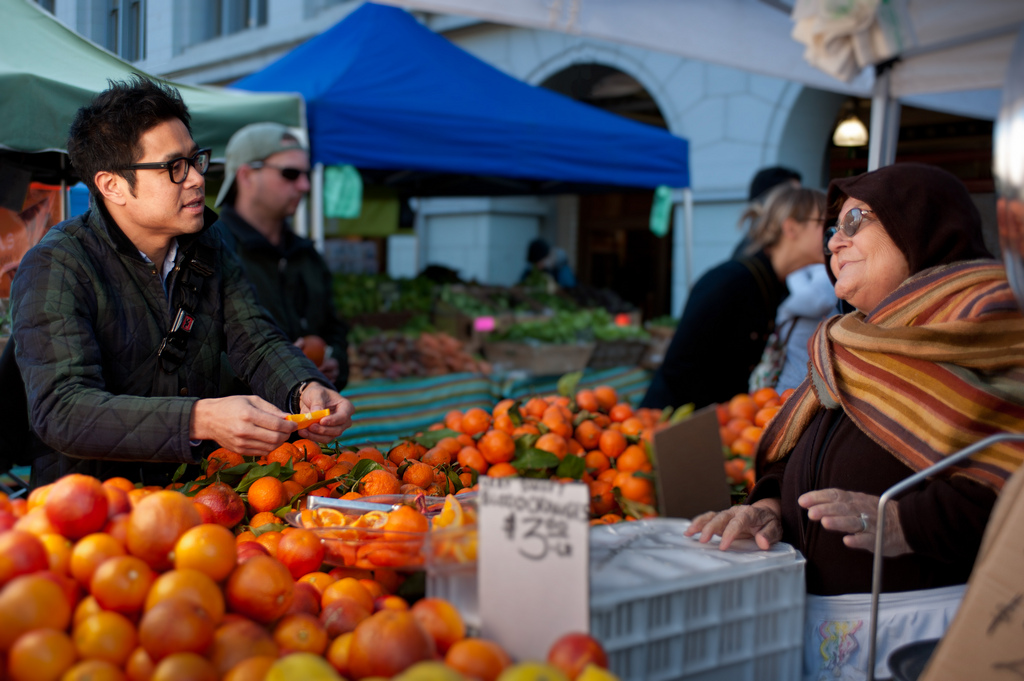 Stranded in the ‘food desert’

In Sacramento, efforts to expand low-income families' access to produce and fresh fruits have a long way to go
by Steph Rodriguez
January 1, 2014
News & Review

At one point, Helen Meza was a stay-at-home mom struggling to cobble together enough food money after her husband was done paying the rest of their bills. Fresh fruits, veggies and proteins often didn’t make it to the dinner table, she admits, while cheaper—and less healthy—canned or boxed alternatives did.

“I’ve lived places where we had to travel really far, and sometimes, it’s easier to walk up to the convenience store where the most healthiest thing you will find is a string cheese and a meat stick,” said Meza, who relies entirely on public transportation. “But I’ve lived off of that before.”

Many in Sacramento do.

Food access boils down this: How readily available are fresh fruits and vegetables? What’s more, are grocery stores and farmers markets within an easily traveled distance for all individuals?

Food-equality experts who attended a December 4, 2013, forum on the subject that was organized by the Boards & Commissions Leadership Institute say the answer is a firm “no” for those residing in Sacramento’s low-income neighborhoods. Advocates at the River City Food Bank and the Alchemist Community Development Corporation say they hope to change this by expanding their programs in 2014, but those will be two small pennies in a gigantic wishing well.

This past September, 4.2 million Californians received benefits from the Supplemental Nutrition Assistance Program—dubbed the CalFresh Program locally—according to the U.S. Department of Agriculture’s Food and Nutrition Service database. Of those, Sacramento County accounts for 133,136 participants, or roughly 3.2 percent, according to a 2010 report from California Food Policy Advocates, a statewide public policy advocacy group. But congressional negotiations to re-up the nation’s farm bill could come with staggering cuts to those benefits and deny enrollment to millions beginning in 2014. SNAP is already estimated to lose $5 billion in other cuts this year.

Which helps explain why “food deserts” persist in the first place.

For approximately every five convenience stores and fast-food restaurants in Sacramento County, there is but one grocery store, according to the California Center for Public Health Advocacy in Davis.

“In our community, when people spend over 50 percent of their income on housing, they can’t meet all of their other expenses,” Thomas said. “One of the easiest things they scrimp on is food.”

In Sacramento, for instance, a family of four would need to work four full-time, minimum-wage jobs in order to make $32 an hour to feed the entire household, she said.

Besides River City Food Bank, the Alchemist Community Development Corporation and other nonprofit organizations aim to broaden access to nutritional foods through their services.

Alchemist executive director Davida Douglas worked to get CalFresh benefits accepted at six farmers market locales, including ones downtown, in Rancho Cordova and Elk Grove. Alchemist also partners with convenience markets in the Oak Park and south Sacramento areas to increase the amount of healthy food options offered on the shelves.

“You are providing someone with the resources to incorporate fresh produce into their diet,” Douglas said. “As we have added more farmers markets to the list that accept CalFresh benefits, we see sales increase dramatically each year. It’s a very effective and positive way to get people interested and motivated to shop and eat healthier.”

Which is important, because low-income families and their children are 30 percent more likely to be overweight or obese due to lack of access to quality fruits and vegetables, according to a 2011 Food Research and Action Center study.

Through her trials, she’s learned one valuable lesson: Never be afraid to seek help.

“I was in tears thinking, ’How am I going to feed this kid?’ A lot of people don’t know that there are ways out there to get support and what you need,” Meza said.

Meza turned to the River City Food Bank to dig herself out of Sacramento’s food desert. But it could be a long walk for others.